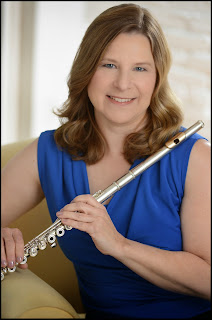 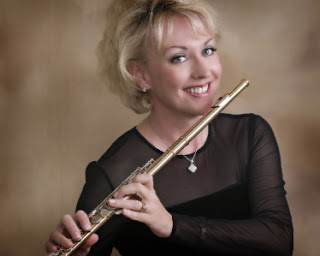 It would be naive to pretend there is no such thing as 'performance nerves'. I experience that pre-performance feeling as pure excitement: nervousness is always viewed as something negative, whereas excitement is quite positive. Our performances are enhanced by adrenaline: that is the 'secret sauce' of many a performance which can transport us to the next level.  But what about the students who are hit with debilitating nerves? First of all, thorough preparation is a MUST. It goes without saying that the musical aspects of the piece must be in control for confident performances. The preparation must be consistent and thorough. Learning to perform is another part of this process: have students perform at nursing homes, for family and friends, for other students, in short, ANY warm body is a potential audience member!  These impromptu performances must happen more than once a week so that the performance itself becomes a little more routine. The art of keeping centered and composed when being in front of others takes time to develop. Help students develop a pre-performance routine, which helps build self-comforting skills. Make sure students are reading about the psychological aspects of performance (Don Greene has an excellent website and there are many books on the topic). Remind your students that this too is a process.....and to paraphrase Jeanne Baxtreser, former principal flute of the NYPO, as long as the butterflies fly in formation, it is all good.

For flutist Anushka Malhotra, a junior at Germantown Academy in Fort Washington, Pennsylvania, the choice of a new flute was most definitely a winning one.  Anushka has been studying with Powell artist Lois Herbine for just over a year, and within the first three months of 2016, her accomplishments are certainly something to celebrate!

Anushka's family purchased her new Powell Sonaré PS-705 with KT headjoint from Windworks Studio of Philadelphia in October 2015.  In December, Anushka placed at the Pennsylvania Music Educators District 11 audition.  Jeremy Correnti, Anushka's band director at Germantown Academy, was present for the sight-reading portion of her audition and commented, "I was particularly impressed with her sound, which gave her an incredible presence in the audition room.  A tone like that will definitely get the judge's attention."

Anushka performed in the Pennsylvania District Band Festival on January 28, 2016.  In March, success came once again as Anushka placed first in the senior division of the Flute Society of Greater Philadelphia's Young Artist Competition.  Lois Herbine shared, "Anushka has developed a beautiful tone over the last few months since getting her new Sonaré flute.  She is a quick learner with a lot of potential, and she absolutely loves her flute.”

Powell introduced the KT headjoint in August 2015 as one of two new professional options for the Powell Sonaré PS-705 model (a C# trill key was the other new option). The KT headjoint is a Powell Signature headjoint made of 9k tubing with a sterling silver wall and Aurumite 9k lip plate. Powell's patented Aurumite material consists of one layer of gold and one of silver.  Aurumite 9k, specifically, has an outer layer of 9k rose gold and an inner layer of sterling silver.  Clickhere to read more about the KT Aurumite 9k Signature headjoint on our Flute Builder blog.

Posted by Powell Flutes at 6:06 PM No comments: