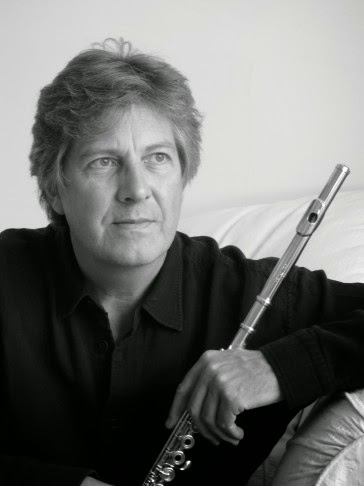 Powell artist Paul Edmund-Davies has a series of posts titled "Finger Gym" on his personal blog. As you might suspect, these posts offer exercises and suggestions to help build finger control.  In the second post of the series, he discusses slow, legato practice and the corresponding technique of having your fingers respond "in a legato way."  He advises that one should focus on the feel of the finger motion as much as the actual "physical/mechanical technique."  The distance one lifts his/her fingers off the keys is also addressed.

For this installment of the "Finger Gym," Mr. Edmund-Davies presents one basic exercise in eight major keys: G, Ab, A, Bb, B, C, Cb, and D.  He suggests "continuing up the register of the flute, as this exercise becomes highly useful for those awkward top octave fingerings."  He also gives a few suggested fingerings for flute exercises and etudes in general.  Follow this link to read the complete Finger Gym #2 post on his blog.  It has a terrific tip at the very end!

Posted by Powell Flutes at 5:30 PM